The benefits of music have been recognised from the dawn of medicine. In the ancient world, music played a vital role. Its importance is emphasised by the portrayal of Apollo as the Greek god of both music and medicinal healing.

Pythagoras and Plato believed music could accelerate the healing process and the physician Asclepiades is reported as restoring an insane man to health through music. These early physicians speculated about the effects of music on body chemistry and specific recommendations were formulated for its use against both mental and physical illness

Music also played a fundamental part in the life of several medieval English hospitals, not just the rich ones, and was far more than the mere background sound it can be today. Music was thought to offer considerable physical benefits: it was thought to raise the spirits, cheer the soul and help reduce stress. Hospitals would employ choirs in the 13-1500s.

The relationship between music and medicine continued into the 1600’s. Sir Francis Bacon, in his book The Advancement of Learning, Book II’, 1605 stated

`The poets did well to conjoin Music and Medicine in Apollo; because the office of medicine is but to tune this curious harp of man’s body and to reduce it to harmony’.

music in the modern world

Modern science has examined the relationship further and continues to support the beneficial effect of music.

What puts the smooth into classics?

Music that has a rate of 60 beats per minute or less has been associated with beneficial alpha brain waves and lower respiratory rates. 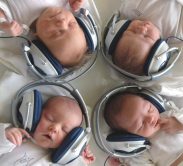 In neonatal units the playing of classical music was found to be associated with increased baby weight gain, lower respiratory rates and lower salivary levels of the stress hormone cortisol. Standley 2002 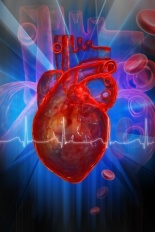 The food of love …or at least the heart

After a heart attack, music reduces anxiety White JM Am J Crit Care 1999 and music perceived by the listener as ‘joyful’ seems to speak directly to the blood vessels where it enhances blood flow. However, different music can have the opposite effect – heavy metal and rap music has been associated with a reduction in healthy blood flow. Miller et al, American Heart Association.

Weekly music therapy played to cardiac patients has also been seen to reduce levels of stress hormones and markers of inflammation such as adrenaline, noradrenaline and interleukin-6 and to be associated with reduction in episodes of congestive cardiac failure Okada et al In Heart J 2009

Benefits to cognitive function have been associated with music. Animal studies have demonstrated a link between music and higher levels of synthesis of the chemical dopamine Sutoo etc al Brain Res 2004. Higher levels of dopamine have been seen to correlate with enhanced alertness, information processing and memory Schuk et al Fundam Clin Pharmacol 2002 and in improved cognitive function in the cognitively impaired Nagaraja Am J Psychiatry 2001.

In a Finnish study of 60 patients following a stroke, randomized to music, audio books or control groups and assessed at baseline, 3 and 6 months, the group receiving music had greater improvements in verbal memory and focused attention than either of the other 2 groups. The music receiving group also had reduced levels of depression and confusion than the control group. Sakarmo et al, Brain 2008 and editorial Lancet, 2008.

Music and the operating room

Music can be used to assist in procedure, in operations and in recovery. In a meta-analysis of several studies into endoscopy procedures music reduced pain-killer requirements by 21%, sedation requirements by 15%, subjective levels of anxiety by 8% and procedure time by 21%. Rudin et al, Endocsopy 2007.

Post-operatively, one American intensive care unit has employed a harpist to play to patients after their cardiac bypass procedure. This has been found to be associated with reductions in blood pressure, resting heart rate and stress hormone levels.

Running at the speed of sound

Stress can influence chemical responses in the early phase (the first 24 hours) of the healing of skin wounds, through hormone mediated changes and recruitment and activation of inflammation associated blood cells at the wound site .

The use of Mozart in a study of post-operative patients in critical care found that when their sedation was withdrawn, the music group not only had less need for the re-introduction of sedation but also beneficial changes in the levels of chemicals that affect the immune response. Conrad et al Crit Care Med 2007.

A Cochrane Review of Muisc for pain relief in 2009 examined 51 studies and concluded that there is an effect of music on acute, chronic and cancer pain intensity and need for pain killing treatment. 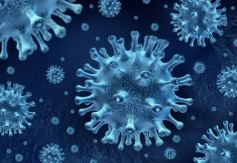 Choir members will be especially pleased to note that singing has also been found to be associated with higher levels of secretory immunoglobulin A, a protein that protects against viral infection. Kreutz et al 2004