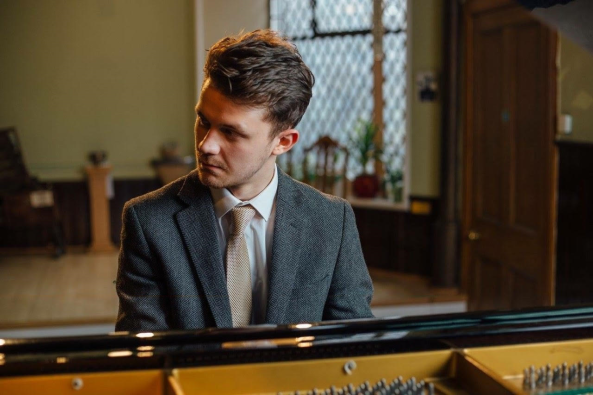 Originally from Bothwell but now working and living in Edinburgh, Drew Crichton has been the choir accompanist since September 2017.  He began learning piano from an early age, being taught by his grandmother, Mary Hood. As an undergraduate he specialised in piano performance on the BMus course at Edinburgh Napier University.   Graduating in 2016 with a first class honours he was also had the distinction of being the awarded the Makin Piano Prize. Drew is a keen member of the Edinburgh Napier Chamber Choir and is also a member of the choir of St Andrew’s and St George’s West Church, Edinburgh where he subsequently became the Organ scholar, receiving tuition from the Director of Music, Brigitte Harris. Over the past two years he has been played regularly at services in St Andrew’s and St George’s West Church, contributing to organ performances in various concerts, and more recently has given solo recital in the Edinburgh Fringe Festival. As well as his performance commitments Drew also teaches piano privately in Edinburgh and has recently taken up a tutoring roll at the newly formed Dunbar Music school.